Inspired by a life of travelling and a love of photography, Illuminoto arose from curiosity and the desire to create truly unique photographic art.

In the early 2000’s, I lived in Singapore. For much of my time in there, I ran my own photography agency and often took on commissions in and around Singapore.

One particular morning, on an assignment to capture street scenes for a client, I found myself sitting in the early morning light outside the Kwam Im Thong Hood Cho Buddhist temple, near Bugis. I found myself captivated by the plumes of smoke rising from incense sticks placed in urns by the temple’s visitors. On this particular morning, the air was very still and foot traffic quite light, so the plumes rose almost without interference. Occasional ripples in the smoke revealed intriguing patterns, which I managed to capture with my camera. 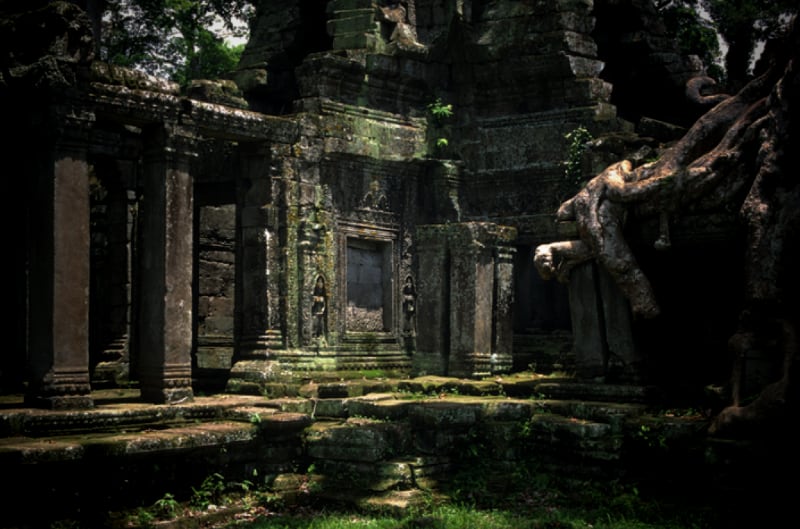 During a trip to the temples of Angkor Wat not long after this, I experienced something similar, but in an environment that proved far more evocative.

Inspired by the experiences, I took to my darkened studio and started photographing plumes from incense sticks of different sizes, different lighting and adding controlled perturbations to create dynamic effects in the smoke.

Back then, digital photography was very new and a 4 mega pixel camera was high end. So I was still using traditional film. Many of the shots I originally took we taken using a medium format Bronica 6x6cm camera, 35mm Nikon F4 and even a Horseman 5x4 inch land camera. The processed film was then scanned in to a digital format I could use to begin the transformative process which yields the creations you see today.

Many hours were spent experimenting with different forms, picking out interesting structures, lighting and in post-processing. Quite often, it simply didn’t work and so the process would begin again.

My original Illuminoto pieces began life in 2003 and were publicly exhibited in 2005 at the Old Parliament buildings in Singapore.

While Singapore was the original source of my inspiration, I found that the technique I created lent itself to exploring other subjects as a source of images, particularly fauna. Singapore has an abundance of fauna, much of which can be found in the flower shops dotted around the island. They became a new source of inspiration. While incense plumes can appear virtually 2D, flowers are definitely not. Depth of field in 3D subjects like flowers lends itself to a different dimension of image, where several creations make use of the soft focus distance affords.

Further travels, and life in the US, prior to returning the UK, saw the work progress beyond the use of incense plumes, encompassing other natural and some man-made objects of interest as the basis for newer pieces.

To date, the work includes the use of incense plumes, a variety of species of flowers, landscapes and city scapes.

Originally trained as an electronics engineer and applied physicist, much of my career was spent within the telecommunications industry. Living and working In Europe, The US (twice) and Singapore, I was fortunate to be able to travel extensively – over 60 countries to date. I’ve always been a keen photographer and as such, always carried a camera. Often, I’d take to the streets, in the mornings, evenings and when I had time between meetings, to capture the essence of the places I was visiting. 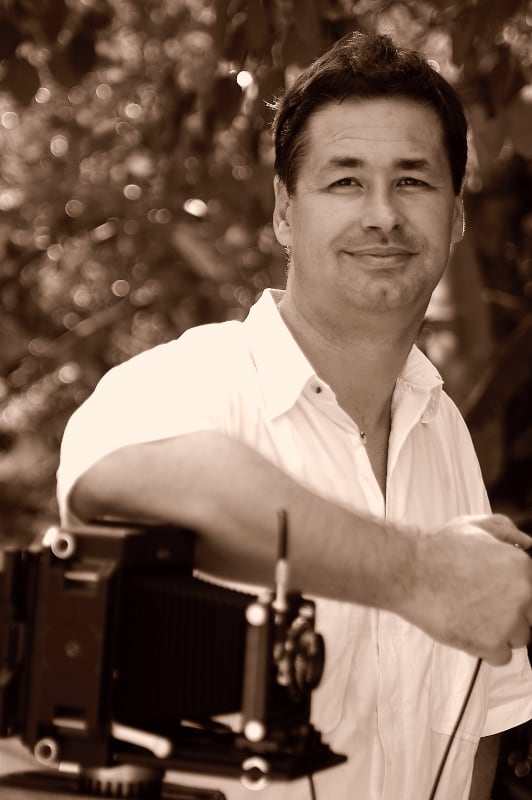 As my relationships developed with contacts in the countries I visited, I started getting small commissions from clients there. Eventually, I ended up in Singapore, and after the Dot Com crash killed the company I was working for there, I found myself at a crossroads. Rather than cut and run, I was able to set up a photographic agency and employ myself. To cut a long story short, after 5 years in Singapore, my clients included hotels such as the Hyatt, Intercontinental, Grand Copthorne, a number of notable architectural firms, well known restaurants and through the British High Commission, I was appointed as the accompanying photographer for several members of the Royal Family, as well as public figures in Singapore. One highlight though was definitely being Martin Johnson’s photographer when he visited Singapore for several days just after the England World Cup win.

Having trained as an engineer and physicist, I’ve always been curious at the mechanisms that drive the universe around us. How the natural world we find ourselves in, and indeed ourselves, have evolved out of a seemingly chaotic universe. In a universe where the physics of entropy dictates a slow but inexorable decline from perfect order (the beginning) to pure disorder, it’s difficult sometimes to understand how the perfection seen in nature’s creations can arise in such a universe, unless there’s a source of intent.

Photography opens a window for me, and for a split second, time stands still, what I see and capture in that fleeting moment now lasts forever, at least as a memory for me. Taking these snapshots in time and using them to create a degree of perfect order out of nature’s mix of perfection and chaos, gave rise to Illuminoto; a series of works that encompasses and expresses the journey I have been on and my natural inquisitiveness into the workings of the universe.

Copyright © 2022 illuminoto
We use cookies on our website to give you the most relevant experience by remembering your preferences and repeat visits. By clicking “Accept”, you consent to the use of ALL the cookies.
Do not sell my personal information.
Cookie SettingsAccept
Manage consent

This website uses cookies to improve your experience while you navigate through the website. Out of these, the cookies that are categorized as necessary are stored on your browser as they are essential for the working of basic functionalities of the website. We also use third-party cookies that help us analyze and understand how you use this website. These cookies will be stored in your browser only with your consent. You also have the option to opt-out of these cookies. But opting out of some of these cookies may affect your browsing experience.
Necessary Always Enabled
Necessary cookies are absolutely essential for the website to function properly. These cookies ensure basic functionalities and security features of the website, anonymously.
Functional
Functional cookies help to perform certain functionalities like sharing the content of the website on social media platforms, collect feedbacks, and other third-party features.
Performance
Performance cookies are used to understand and analyze the key performance indexes of the website which helps in delivering a better user experience for the visitors.
Analytics
Analytical cookies are used to understand how visitors interact with the website. These cookies help provide information on metrics the number of visitors, bounce rate, traffic source, etc.
Advertisement
Advertisement cookies are used to provide visitors with relevant ads and marketing campaigns. These cookies track visitors across websites and collect information to provide customized ads.
Others
Other uncategorized cookies are those that are being analyzed and have not been classified into a category as yet.
SAVE & ACCEPT